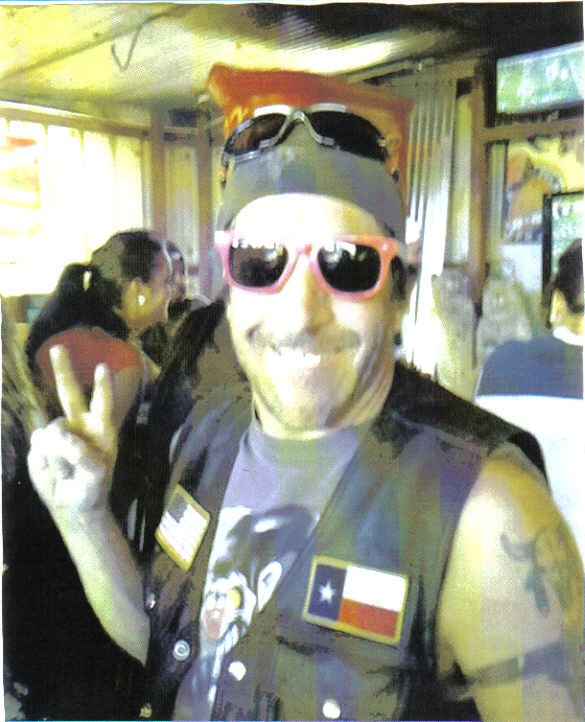 Betty Love lost her son and only child, 44-year-old William Love, in a motorcycle accident.

“Will was my life!” Betty said. “From a small child, he was usually very happy and fun-loving.” He was on the gymnastics team in high school, and both of his coaches showed up to the funeral to applaud what a hard worker he was.

Betty said Will had severe asthma but never let that get in his way.

One hundred fifty of Will’s former friends and riders came as a group, riding their motorcycles, to the memorial service. One of Will’s good friends said Will knew everybody.

“Even one of his buddies asked if he was running for mayor since so many people knew him, and he knew so many people,” Betty said. “Many friends told me that he really loved his mother, something I occasionally questioned, and complemented me on rearing such a great guy.”

Betty said she received a phone call regarding donation on the evening of Will’s death. She was the one who decided since he had no other immediate family.

“I didn’t even give it a second thought,” Betty said. “The person who called was extremely kind and sensitive when asking me to do this.”

Betty said Will was too young to die, but the donation has helped her accept his death and allows him to live on through someone else.

“If his eyes can help someone see, his tissue help a severely burned person, his tendons help someone walk and his organs help a heart patient, then his death will not have been in vain,” Betty said. “I think he would’ve wanted to do this, and he lives on!”