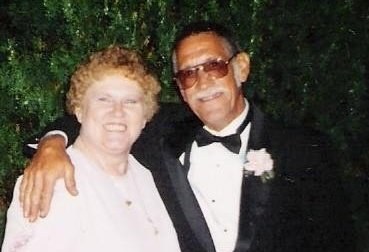 “My mother passed away very suddenly in 1992. She died of congestive heart failure, and was also a breast cancer survivor, ruling out her donation of organs. At that time I didn’t know anything about tissue donation, but we assumed she would have been ruled out from donating there too. But when interviewed about donation, we were told that even though she had heart disease and cancer, we could donate her eyes. It was not a hard decision because we knew it is what she would have wanted us to do. It was just the type of person she was.”

“Losing my mother was one of the hardest and saddest times of my life. She was only 54 years old, and her sudden death seemed so senseless and meaningless to me. I had a very hard time dealing with it, and felt like I would never get over it. But about a month after she passed, we received a letter thanking us for our ‘gift’. The letter told us that because of our decision, two people in the state of Florida who were blind were now able to see! It changed everything for me, and helped with my grieving process. Oh, don’t get me wrong, I was still very sad about the loss of my mother, but suddenly her death was not senseless, or meaningless. Someone benefited from it, and part of her actually lives on. What a wonderful feeling in a time of such sadness.”