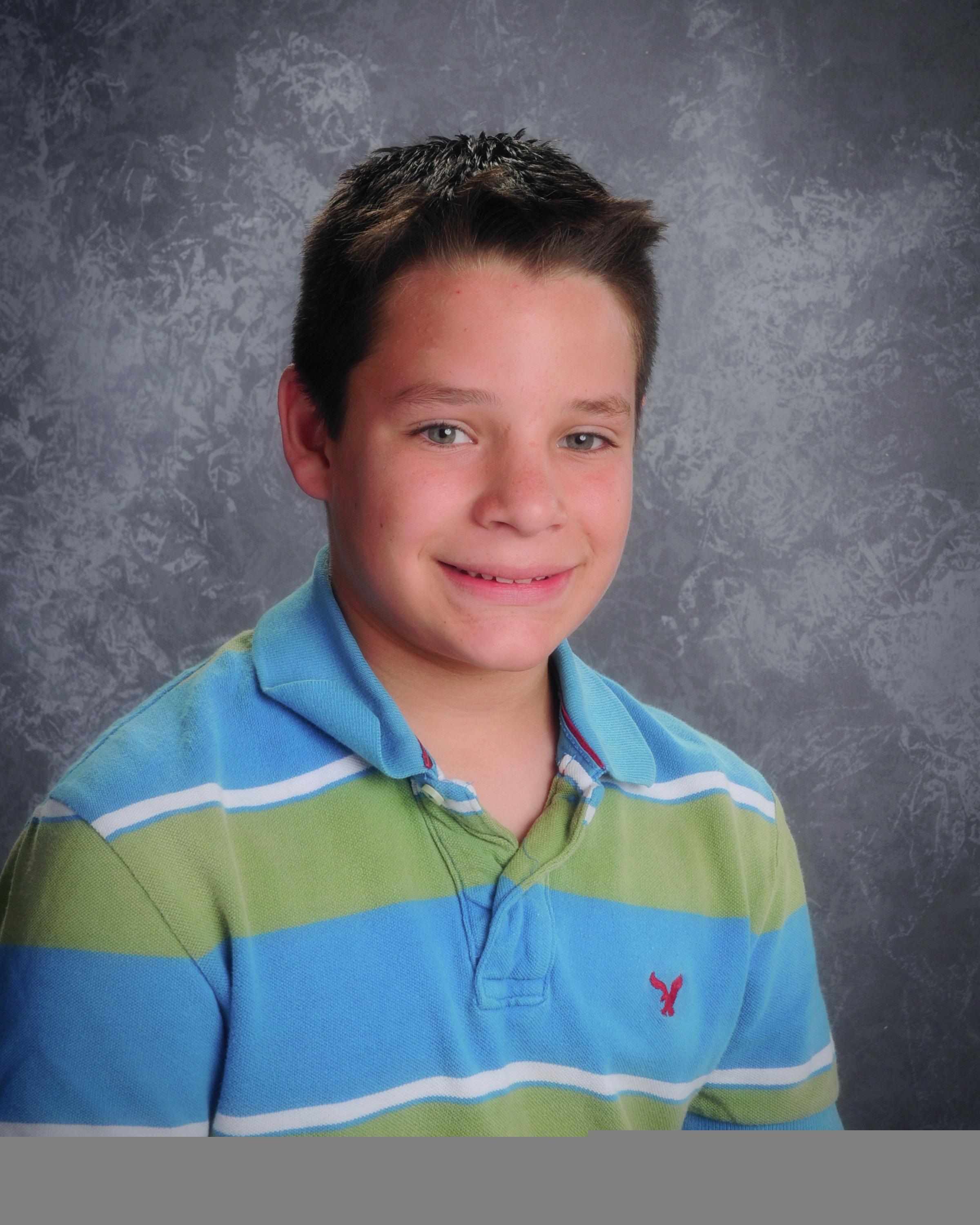 Evan John Hauk was taken from the world too soon when he was preparing for a family fishing trip on July 6, 2011. He was using worm prods to search for bait in the backyard when he fell on top of a prod and suffered an electrical shock that stopped his heart. He was only 13 ½ years old.

“Evan had a heart of gold,” said his mother Jessica. “His smile would light up a room. He always knew when you needed a hug or laugh. He had a way of starting to laugh at the smallest thing, then he’d keep laughing and start to make others laugh, and then he would laugh about laughing.”

Evan had bright blue eyes that lit up when he smiled. He loved fishing, hunting, football, snow skiing, water skiing, hiking in the mountains, and being outside. He was a natural athlete and excelled at just about any sport he tried. He could catch fish when no one else would. He was always finding adventures with his sister since they were only 13 months apart, and he taught his little brother how to play football, baseball, and various other sports.

Jessica said that donating Evan’s tissue was a very easy decision to make. “When we knew Evan’s heart wouldn’t start again, the nurse asked me if we had thought about donation. I answered yes immediately,” Jessica said. “While it wasn’t something we thought about often, I always knew I wanted to be a donor. If anything were to happen to anyone else in my family, I’d hope they’d donate as well. A classmate of mine had passed away in a drowning accident when I was 13, and I remembered his family donated his corneas. I always thought that was a very special way for him to continue on.”

Jessica said she knew Evan would want to help others if he could. They donated his corneas, heart valves, and the bones and connective tissue from his legs. “They were good strong legs, built for football and skiing,” Jessica said. “His eyes were sharp as can be and he could see fish in the water, a deer in the woods or pick out the football on the field like none other. They called him Hawk in football.”

Evan’s heart was made of gold, so if he could help another to live a longer, healthy life, the Hauk family wanted to help make that possible. “He lived a very full life in his short 13 years on Earth and did more than many do their entire lives,” Jessica said. “We hope whoever has received the gifts from him will do the same.”

“Donation is helping Evan to live on,” Jessica said. “It keeps his memory alive and we know that somewhere out there someone has a part of him and is living a better life because of him.”

“Knowing that there are two people out there who can see the world clear again means a lot to us,” Jessica said. “We hope one day they will see some of the things Evan got to see with his amazing eyes - like the mountains of Colorado with their beautiful waterfalls and views from the top of the world. We hope that those who receive his heart valves or tissues and bones from his legs use them to find adventure and live life. We hope to one day hear from these individuals and maybe share just how special of a kid Evan was and is.”