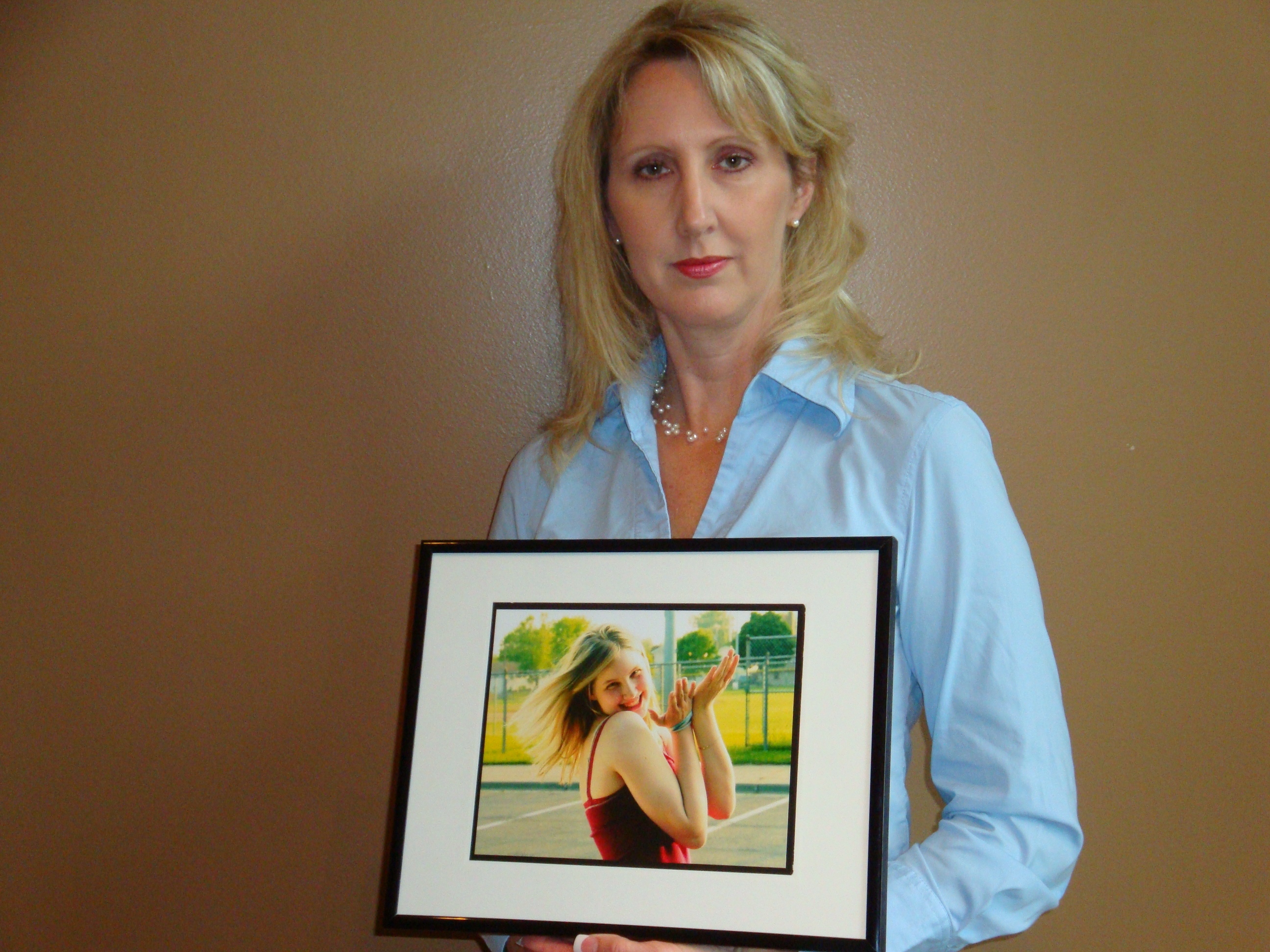 Deanna was born with a smile as infectious as her laugh. As a child, she loved playing sports, being outside, socializing with the neighborhood kids and spending time with her family. Deanna orchestrated the family Fourth of July parade, was involved in jazz and tap dance, cheerleading and theatre. Deanna loved to talk, but always had a listening ear. A continual honor student, at age 15, Deanna became employed and loved working with the public. She achieved some of her goals; buy a cell phone, pass her drivers’ test and purchase a car. Her ambition was to attend college, become a judge and someday have a family of her own.

On October 28, 2006, Catherine Casey lost her daughter Deanna at the age of 16 in a car accident as a result of a drunk driver. Deanna was on her way home from work after giving several co-workers a ride home when the horrific accident occurred involving several vehicles and a semi truck. Deanna lay dead on the road, her little red mangled car on top of her bruised and broken body. Time stopped! The momentum of life and all you know collapses to the ground as you watch in slow motion, screaming from the bottom of your soul. In a flash Deanna is gone and a profound dead silence engulfs your being.

When Catherine received the heart wrenching call feared by every parent, she immediately thought of donation. As an officer in the Minneapolis Police Department, Catherine had a familiar understanding of the tragic situation, having witnessed such events first-hand. Upon learning that tissue donation was still an opportunity, Catherine said, “yes”. According to Catherine, at the time Deanna received her driver’s license a significant mother-daughter conversation took place where they talked about donation. They both agreed that donation was the right thing to do.

At the sentencing hearing of the drunk driver involved with Deanna’s accident, it was presented to the court that the defendant was a military veteran. When it was their turn, Catherine, holding a Certificate of Commendation presented by the Governor of Minnesota, stated to the court that her daughter was a tissue donor and that she, too, was a hero. Deanna had been recognized for her humanitarianism that was demonstrated through her selfless act of tissue donation.
The Casey family takes heart in the fact that Deanna, “one little girl,” has touched the lives of so many. Deanna’s gift of tissue has helped restore mobility and improve many patients’ lives. Catherine stated, “Deanna’s gift of tissue donation has brought me comfort and healing. I never expected that by saying ‘yes’ to tissue donation it would take this atrocious tragedy and give a ray of hope for others.”

Organ and tissue donation are incredible gifts that save and heal lives. Deanna’s spirit continues to touch many lives, just as her smile did, and that lives on forever in our hearts. Deanna leaves an amazing legacy. Catherine believes that “donations make good things happen out of unimaginable tragedies.” Deanna’s family is forever grateful that they could and did donate Deanna’s tissues. Catherine is committed to working to educate the young and old about organ and tissue donation.