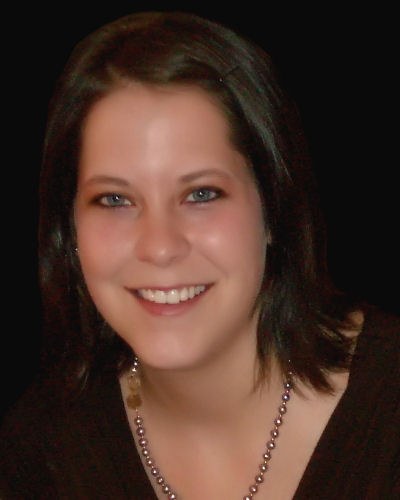 “We were blessed with a beautiful daughter, Christina, on March 25, 1984. On July 2, 2007, Christina was tragically taken from us when she took her own life.

Christina was a beautiful girl, inside and out. Everyone loved her. She was quite the social butterfly. She had a way about her that made you happy and smile when you were with her. I would light up when she would come home or even when we talked on the phone, which was every day.

Christina had achieved so much in her short life. She had done a lot of traveling to Mexico, Florida, Tennessee, and several more places. The last trip she took was a week before she passed away, and it was to North Carolina with her best friends and with Tim, the love of her life.

She had finished tech school and achieved a two-year Associate’s Degree as a dental assistant. She had a job in a dental office and really liked it. She was in several of her friend’s weddings. She was a godparent for Max, her sister Julie’s first child. She absolutely loved Alex and Max, her nephews. She would hold them, kiss and hug them, and say ‘I love you, love you, love you.’

She always had something going on or something to do. She really packed a lot in her 23 years of life. One day, I noticed a sparkle in her eyes. She had met her dream guy. His name is Tim. They were a match made in heaven. They had everything in common – hunting, fishing, camping, boating, ice fishing, rollerblading and snowmobiling. Christina could be a tom boy during the day and transform into a beautiful queen at night, as she was the junior prom queen in high school. Christina and Tim knew each other since grade school and graduated together. We definitely approved of Tim; we adored and grew to love him very much. Tim’s mom and dad loved Christina with all of their hearts and our families grew very close. Everything was so perfect and we knew there would soon be wedding plans.

Our children were very close. We have five children – Ron, 35; Julie, 32; Amy, 30 and David, 25. The kids would talk to each other every day. I honestly don’t remember the last time they had bad words with each other. I am so thankful for that.

I will never forget the night Christina died. The phone call, the race to the hospital. Not knowing exactly how bad she was hurt, I remember asking if she was still alive and was told, ‘I don’t know.’ At that point I then realized it was more serious than I first realized. We got to the emergency room and were immediately escorted to the trauma room. The physician escorted us to another room. I only remember the E.R. physician saying the word ‘fatal.’

After that, I think I went into shock. We went back in the room by Christina. We were asked about organ donation. I said no! My husband told me that this is something Christina would want to do. I think the shock was talking at the time. I then said we would think about it if it needed to happen. The physician then told us there was no brain activity, and we should think about shutting off the life support. He did not think she was going to last long even on the life support. We reluctantly said ok.

All I remember is that we were telling Christina we loved her, and we were there with her. She was not alone, and we were proud of her. Her family loved her and they are on the way, ‘so hang on honey.’ I told her ‘it’s okay, it’s okay. Don’t be afraid. We are right here with you, and we won’t leave you.’ We heard the ER physician say the time. I looked up at the nurse and I asked her if Christina was gone, and she said yes.

The organ and tissue donation people wanted to talk to us to get some information. They were very nice to us and very grateful for our daughter’s donation. We knew we had made the right decision. We knew Christina would have wanted this, as she had an orange sticker on her license.

It was not long before we received correspondence from RTI Donor Services. I asked for a letter with a list of what was used to help people and how many people Christina helped. When we received the letter and were told how many people Christina helped, it really helped us to get through some hard times knowing she helped so many people. Christina lives on through the people she helped. She had the most beautiful blue eyes and was able to give sight to two people. Her bones and tissue went to many people for surgeries – more than 50 people in all, I believe. We really have felt so good about her donation and we know Christina does too.

The RTI Donor Services team who we have talked to and dealt with through all of this have been so wonderful and caring. They have made us feel like we are so important and have stayed in touch. It has been over four years and we are still not forgotten by RTI. From the beginning, sending thank you letters, gifts, special items like a bronze medallion. We were invited to a special program this summer to honor her with other donor families. You don’t know how much
this means to us and how much this helps us to know that you have not forgotten us or Christina. God Bless You.

It is so hard because most people have forgotten that we lost our daughter four years ago and think that we must be over it. Can you believe that? They all come around at first and then as the years go by, people just either forget or think you don’t need them because you must be over it by now. Are they nuts? The loss of a child is so painful. To watch your child die and have to give the go-ahead to stop life support – that is just unbearable. Life will never be the same. Every day I pray to make it through. Sometimes, a second, a minute, an hour is all I can do.

It is hard to explain the feeling you have when you have a family get-together. You try to make it special and as normal as you can. It always feels like something is missing, at least to me. I remember the first Christmas without Christina. She always sat in the same chair every year. She was my little girl. Life will never be the same. We all stick together as a family but we all have such a pain, hurt, it’s a feeling you can’t explain.

I do know that someday we will all be together. When I reunite with Christina in heaven, I will never let her go. I mean never!

Let’s face it, there is nothing good you can say or feel about death. But if it has to be, then think about Donate for Life. Better yet, don’t think about it, do it!

Don’t waste what could help someone else. Why would anyone say no?”