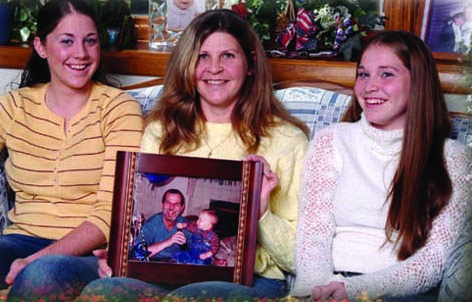 Bob Jones’ life came to an end in the early hours of January 1, 2002. He and his wife, Kathy, had spent New Year’s Eve with their daughter and were driving back to their home in Dixon, Ill. when a drunk driver rear-ended their car at full speed.

His wife Kathy, who already had lost a brother to a drunk driver several years earlier, spent the first few days of 2002 dealing with her own critical injuries and hoping for a miracle that would shake Bob, 54, from his coma. But after about a week, she agreed to take him off life support. At the same time, she authorized hospital staff to recover any of Bob’s organs and tissue that might help someone still living.

“Why put his remains in the ground when there are people here who are suffering,” says Kathy, who was 41 at the time of the accident. “At least something good can come out of this.”

Kathy was well aware of Bob’s thoughts on donation. Only six months before his death, she had needed an allograft after tearing her ACL in an on-the-job accident. She knew that her husband would have been pleased to see the favor returned.

“Bob would always help anyone he could,” Kathy says.

Many people were helped by Bob’s donation, including Rita Zeidner, a journalist from Arlington, Va., who tore her anterior cruciate ligament (ACL) after falling on an icy ski trail in Colorado.