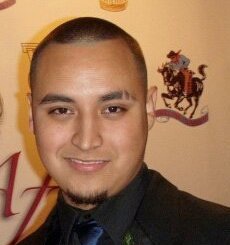 “My son Anthony “Nini” Varela was 18 years old when he passed away on August 8, 2010. He was my only son and the younger of my two children.

At about 1:18 a.m. he was riding in an SUV with three of his friends on their way to his favorite fast food place, Jack In The Box. They were at a light and had the green light, but were waiting for a vehicle coming the opposite direction to cross the light so they could turn left. In the other vehicle was a 19-year-old drunk driver traveling 80 miles an hour. He ran the red light, hit the SUV carrying Anthony and made the vehicle spin. My son was not wearing his seat belt and was thrown all around the back of the SUV before being ejected from the vehicle.

Anthony was not breathing when the ambulance arrived. They were able to revive him and got him to the hospital. My son’s whole face was fractured and he had a large laceration to the back of his head which was causing his brain to swell. They were giving him medicine to try to get the swelling to stop, but after hours of trying everything they could, I was told there was one more test that they were going to run. It was the breathing test. What they were going to do was remove him from the breathing machine for eight minutes to see if he could breathe on his own. If he couldn’t, that was going to be the end of the tests they had to run before declaring him brain dead. That was the longest eight minutes of my life. I sat there begging him to take one breath, just one. Please baby, just take one breath for me, please, just one. He never did.

My son was declared brain dead at 9:30 a.m. After a couple of hours, an advocate from Southwest Transplant Alliance came up to me and asked if my son and I ever discussed organ donation. I replied no. She asked if we would be interested in donating his organs. I wasn’t sure at the time, but I asked her, “What happens if we decide not to donate his organs?” She responded, “We discard them, they are thrown away.” I knew right then what I had to do. My son was a very loving and giving person and would always do anything for anyone. I could hear him say “Mom, I’m not going to use them anymore.” He would have wanted me to donate his organs and help other people out, in his honor.

We decided to donate his organs, skin (for children’s burn centers), bones, tissue and corneas. My son saved three lives that night. One gentleman received his heart and a kidney, another man received his liver and other kidney and the last received both his lungs.

I received a letter in early August that said that because of the bone and tissue donation, my son has helped 111 people. So, all together, he has helped 114 people total. I never knew one person could help so many.

After my son passed away, a lot of my family members, friends and also my son’s friends registered as organ and tissue donors, including my dad. In February, my dad needed to renew his license and while I was doing this for him online, I came to the question of “Do you want to become an organ donor.” I asked my dad and he said, “I’m too old, they don’t want my organs.” I said, “Dad, they will use what they can.” So he agreed. In May, my dad was diagnosed with liver cancer and cirrhosis of the liver. He now needs a liver transplant and is on the waiting list.

Anthony had just graduated in May 2010 and was excited that he had made me so proud by finishing school. He knew how important this was to me and he made sure he did it, not only for me, but for the whole family. He loved making people proud of him. He was just an amazing person. He loved playing video games and listening to all kinds of music and playing basketball.

My son was a happy, funny, active, sensitive person who always put everybody before himself. My son had just learned to play “Stand by Me” on the acoustic guitar and he was good. So now, this song is listened to all the time and each time we shed a tear.

My son loved to play with his niece and nephew and other small cousins, and they all loved him dearly. My son had a smile that could light up the room and was always smiling. He and I had a bond that I don’t think too many moms and sons have. We could talk about any and everything, and we did. We never ended a phone call, text or even a face-to-face conversation without the last words being I love you. And that night before he left with his friends, we did exactly that. I got that last I LOVE YOU and so did he, and I am so thankful God gave me that last opportunity to say and hear those words from my precious Nini.

Nini will forever be our angel in the sky and a hero in our hearts!”