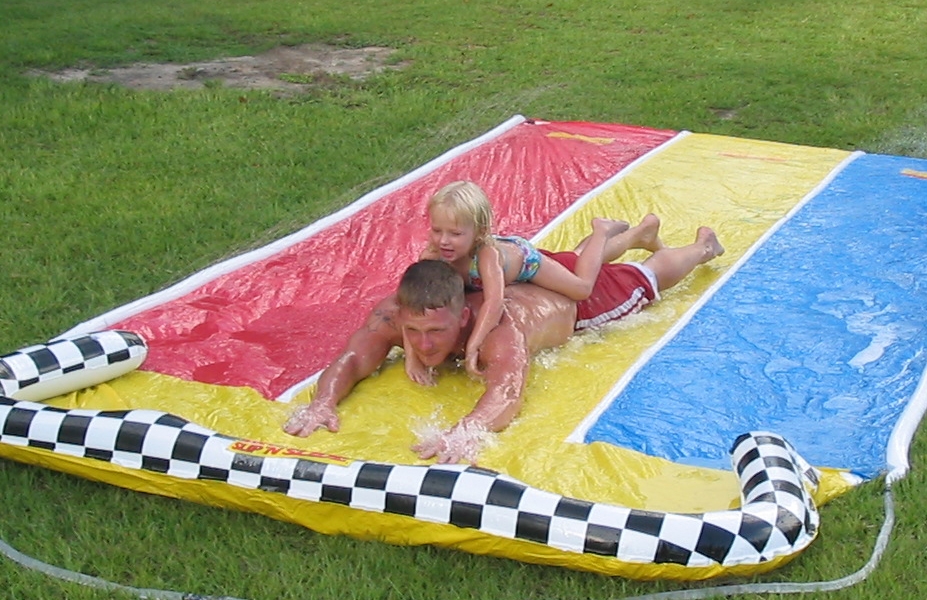 Wayne Godsmark is a father of two little girls, ages 8 and 3. He and his wife, Dawn, like spending their time outdoors with the kids, working on renovating their home and helping with the upkeep of his father’s church property. He is an avid weekend warrior, playing on multiple sports teams.

Wayne also is something else very special. He is a grateful recipient of RTI-processed allograft tissue.

In October 2001 while working at a distribution center in Alachua, Fla., Wayne had what he thought was just a pulled muscle in his back, but the pain became increasingly worse. “I had difficulty sleeping and had radiating pain and numbness in my legs. Just playing with my kids became a challenge,” Wayne said.

Eventually, Wayne could not walk without pain and had to bend over to just stop the pain. His everyday life became limited by his pain and even driving became worrisome. “I was skeptical to drive since the numbness would come and go down my legs, making it difficult to feel the pedals in the car.”

Finally, Wayne was told by his doctor that he needed to have surgery to repair his spine and the best option was to use donated allograft tissue. Wayne said, since his transplant, 98 percent of the pain is gone. “I was able to return to a normal lifestyle,” he said. “If there is one thing that being back to normal has allowed me to thoroughly enjoy, it is playing and wrestling with my girls.”

Wayne began working at RTI Surgical in 2004 and moved into RTI Donor Services in 2006. He had been touched by the gift of a family he will never know and it has changed his life. The gratitude he feels toward the family cannot be expressed.

Through his job at RTI, Wayne has been privileged to see how the BioCleanse® sterilization process positively impacts the safety of the tissue he received.

While Wayne will never know his donor family he will be forever touched by their decision to help others. He has committed himself to helping make the gift of donation meaningful to families by ensuring that recipients can receive these gifts through the transformative work that is done at RTI.

“Organ and tissue donation is a gift of life at so many levels. I can’t say thank you enough to the individual, someone I’ll never know, who gave me the chance to return to a normal life.”