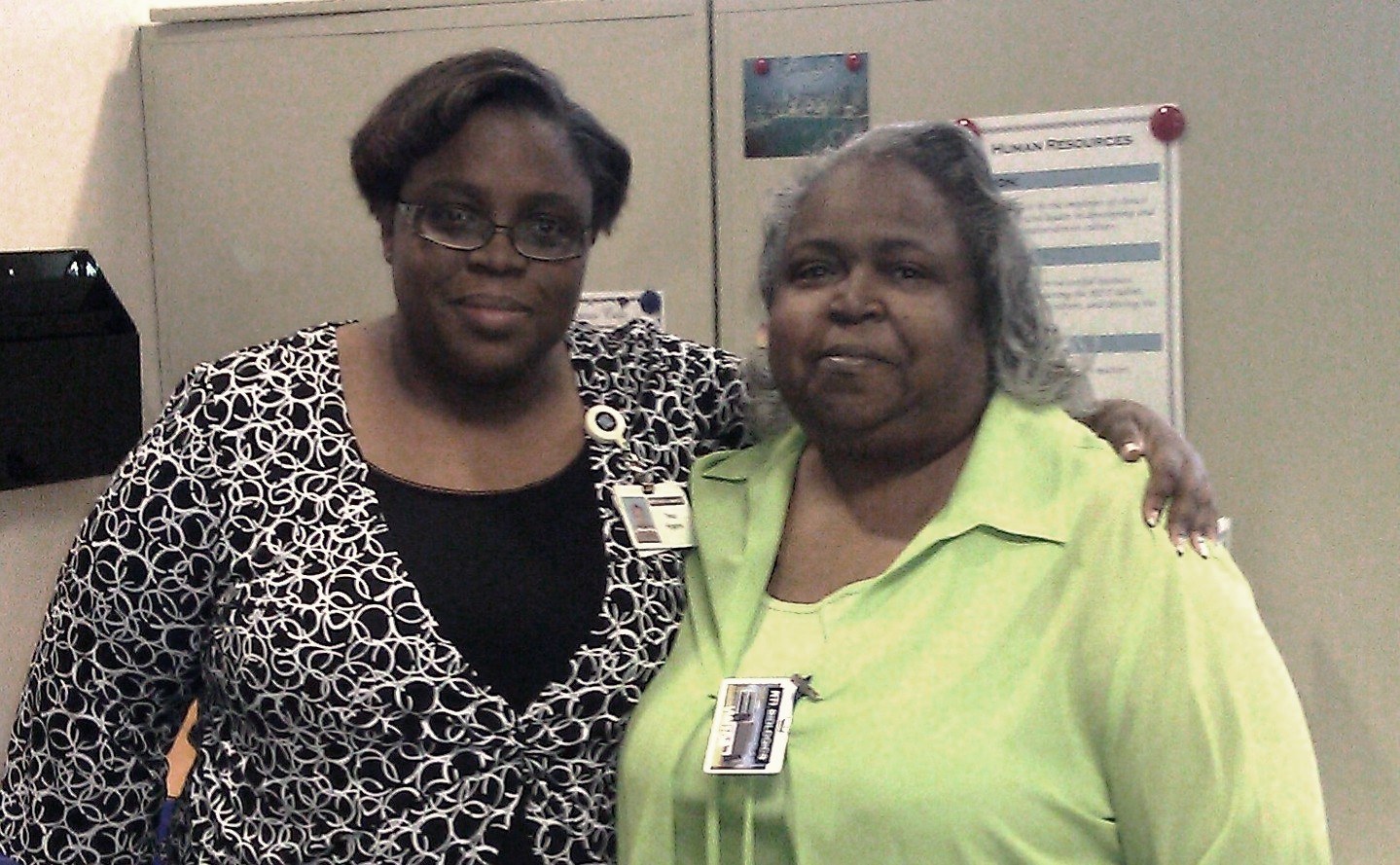 RTI is pleased to honor a fellow employee and living donor, Tracy Riggins, who selflessly gave the gift of life to her mother, Ida:

Ida Williams remembers feeling extremely sick in 2000, with her condition worsening daily. Her family rushed her to the hospital, where she was told that high blood pressure was threatening her health. “She was the sickest patient in the emergency room,” said Tracy Riggins, Ida’s oldest daughter.

After the doctors ran test after test, they thought she might be experiencing renal failure, coupled with Wegener’s granulomatosis, a rare autoimmune disease. She was placed on medications for her high blood pressure and also was placed on dialysis. Once her blood pressure normalized, Ida lost consciousness. The doctors thought she was experiencing flush edema, where the extra fluid her body was releasing caused her tissues to swell.

After recovering from her episode and remaining in the hospital for two weeks, Ida started undergoing dialysis three days per week. Due to weight issues, Ida wasn’t able to be placed on the waiting list for a kidney and was forced to continue on dialysis for more than eight years.

“I wanted to donate my kidney to her from the beginning,” Tracy said. “For eight years my mom said no.”

In February of 2008, after Ida faced complications with her dialysis ports, she finally said yes. “I didn’t want my daughter to give up her kidney,” Ida said. “But after eight years, I was tired and fed up. It was so life-limiting – I couldn’t even travel.”

After blood tests, doctors found that Tracy and Ida were a perfect match. In February of 2009, Ida retired from her job as a custodian at the University of Florida, where she had been for 35 years.

“My mom is the hardest working woman I know,” Tracy said. “There was no one more deserving of this transplant. I wanted to give back to the woman who gave me life.”

Following her transplant in April 2009, Ida immediately started to feel better. While she still watches her weight, Ida no longer has any diet restrictions and can travel worry-free.

Tracy was able to share her journey with her three children, Ida’s grandchildren, and is pleased that she had the opportunity to teach them life lessons on donation and giving back to others.