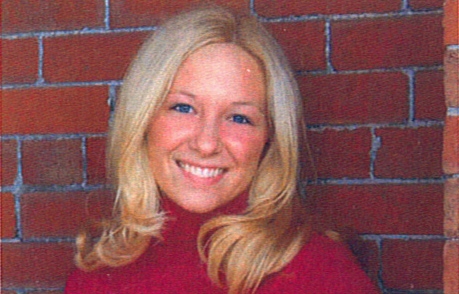 Heather Johnson lost her life in a car accident between Madison and Portage, Wis., just a short time after celebrating her 21st birthday.

“She was a very caring person who liked making others feel good,” said Heather’s father, Bob. “Friendships were very important to her. She was very much focused on her education and working hard toward a degree.” Heather was an athlete and was especially involved in running track.

Heather had been designated as an organ and tissue donor on her driver’s license. “We didn’t know much about it. But if that’s what Heather wanted, that’s what we wanted,” Bob said.

Bob and his wife, Diana, learned more about donation and received information on how many people benefited from Heather’s gift. Today, they advocate organ and tissue donation within their community. “We wanted to generate a scholarship in Heather’s memory,” Bob said.

Bob and his wife annually hold a pancake breakfast to raise money for the Heather Johnson Scholarship fund, which, as of 2009, has awarded 11 scholarships to Wisconsin Dells High School students who plan to attend a four-year college. The breakfast is hosted by a local restaurant, Mr. Pancake, where Heather had worked since she was 14 years old.

The local school district also honored Heather by renaming an annual track meet ‘The Heather Johnson Track and Field Invitational.’ Bob and Diana use the meet as an opportunity to educate others on organ and tissue donation.

“These events helped us to deal with Heather’s passing and gave us something very positive to look at from the situation. The more people who know about the benefits of donation, the better.”