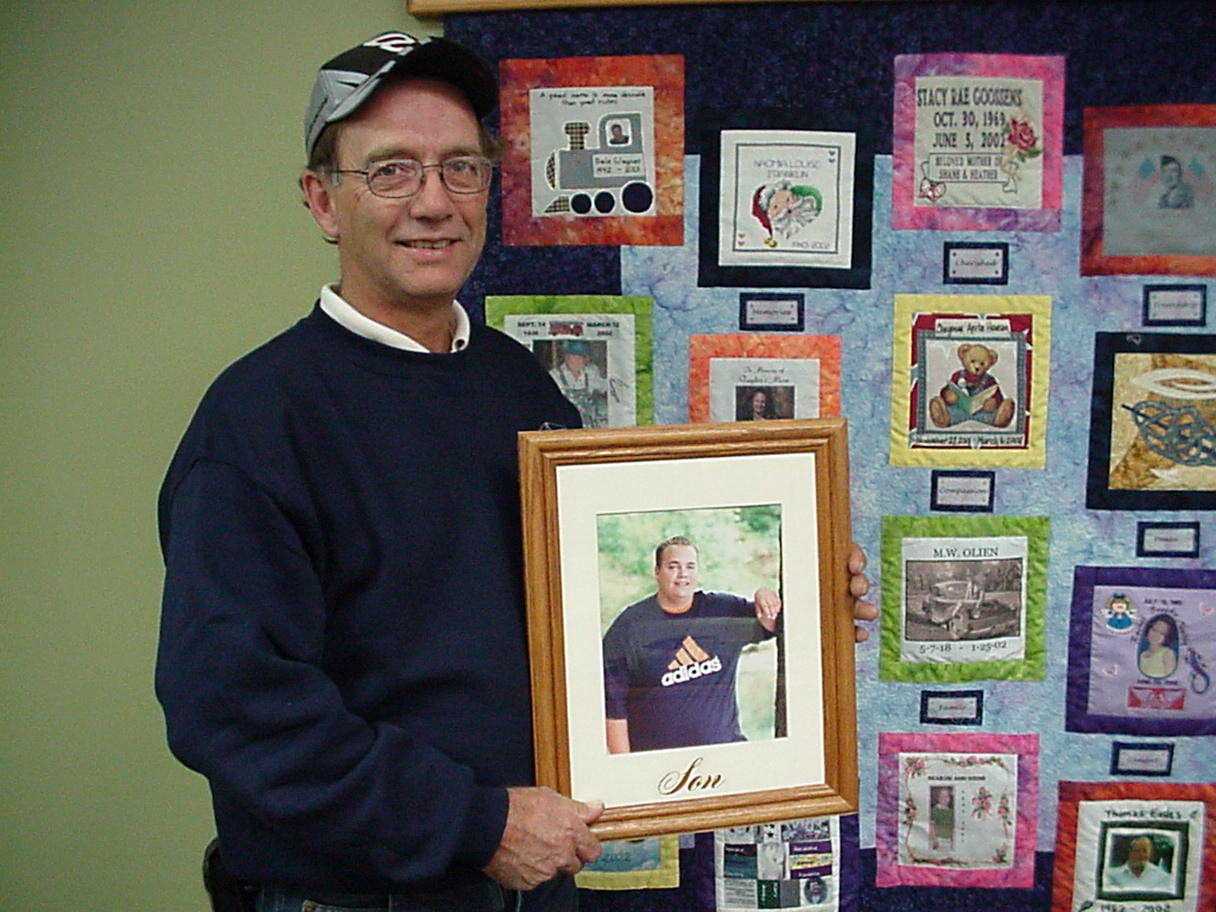 After Christopher White had graduated from Wisconsin Heights High School in 2001, he worked two part-time jobs so he could pattern his waking hours around hunting, fishing and golfing. His father, Jerry White, says he was miffed by his son’s free-spirited attitude, preferring that he either continue his education or find full-time work.

“Now, I’m glad he got to enjoy life,” says Jerry. “He was having a good time.”
Nineteen-year-old Chris died in an accident while a passenger in a pickup truck, one mile from his rural Spring Green, Wis. home, on his way to go fishing. An 18-year-old man driving an on-coming car fell asleep at the wheel, swerved, and slammed into the truck’s passenger side.
“I had gone to an auction,” Jerry remembers. “I waved to him, and that was the last time I saw him alive.”
The tragic news of Chris’ death was delivered by the Iowa County Coroners Office, which also had other news: An orange donor dot had been affixed to Chris’ signed driver’s license, stipulating his wish to be a donor. Although Jerry wasn’t aware of Chris’ decision, he consented to the donation of his son’s bone, skin, heart valves, veins and eyes.

Jerry says he is comfortable with the decision because it was what Chris wanted, and his tissues “aren’t going to do Chris any good.”

But the story didn’t end there.

A few months after Chris’ death, Jerry, a site supervisor for Findorff Construction in Madison, was assigned to oversee an office project for a company with a familiar name – RTI Donor Services – the agency that had recovered Chris’ tissue.

Jerry was pleased to be directly involved as supervisor of the project’s sub-contractors, and even did some of the work himself, such as installing doors and wood trim. “It made me feel good that I was actually tied to RTI. It gave me an opportunity to talk to a few people while I was working. It was nice.”
Meanwhile, Jerry shares letters and other communications he receives from RTI Donor Services with his friends, including fellow Findorff employees, and family—children Chantel, Rosemarie, Jeremy, Crystal, Megan and Jerad.
And now, he says, all his family members have signed driver’s licenses, indicating their commitment to donation.