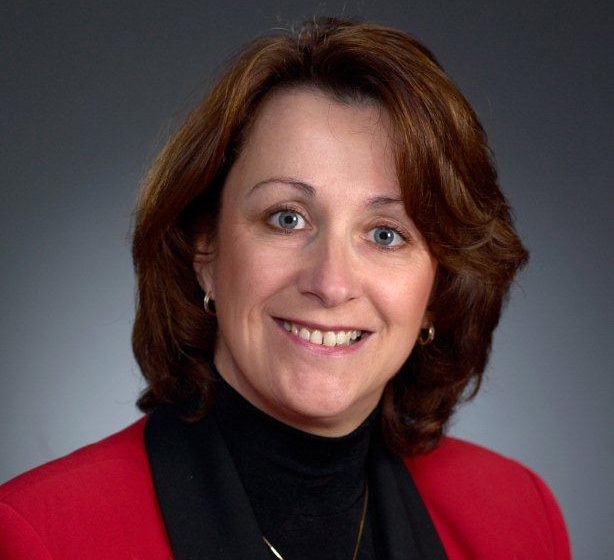 Carrie Hartill remembers bending over to pick up an object from the ground the day before feeling excruciating pain in her right shoulder, but she still isn’t exactly sure what caused her injury. The pain kept her awake for four nights before she went to the doctor, who prescribed rehabilitation to treat the presumed shoulder injury.

However, on her first visit to rehab, the therapist sent Carrie to a spinal doctor, as her symptoms were very similar to those associated with a spine injury. Traction therapy was the first attempted remedy, followed by cortisone shots. Neither option provided relief, and the symptoms were worsening. Carrie began to experience a loss of reflex in her right arm and a loss of sensation in her right leg. A CT scan confirmed the diagnosis: disc displacement in two places in her cervical spine.

Carrie was referred to Michael Macmillan, M.D., a spinal surgeon at Shands at the University of Florida, who recommended allograft for her surgery due to the nature of the injury. As Executive Vice President and Chief Scientific Officer of RTI Surgical, one of the leading providers of orthopedic and other biologic implants, Carrie was more than familiar with the benefits of using allografts in surgery, particularly allografts that have been subject to a validated sterilization process like BioCleanse®.

“I was pain-free in my shoulder when I woke up from surgery,” said Carrie. “I expected positive results, but was thrilled that I felt a marked improvement so quickly.”

Even though the pain had improved, Hartill still faced an extensive rehabilitation period. She wore an immobilizing collar for six weeks, which allowed her neck to remain stable in order to facilitate the fusion process. During this time she was unable to drive, but was able to return to work two weeks following the surgery. She graduated to a soft collar neck brace and was able to do light physical therapy to strengthen her neck and shoulder muscles.

CT scans taken four months after the surgery showed that fusion between the implants and Carrie’s own bone had begun to take place.

The overall experience of the surgery and receiving an RTI implant was “100 percent positive,” said Hartill. “If I had to do it over, I would definitely choose an allograft implant again.”