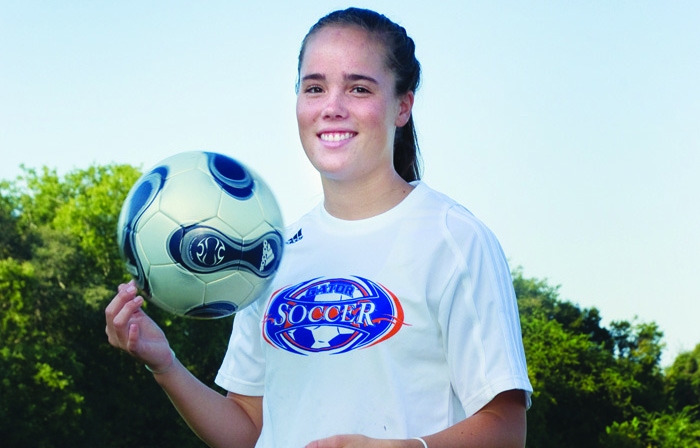 Soccer is life for Anne Rose, but a torn ACL twice threatened to end her time on the field. At a soccer camp, Anne tore her meniscus, PCL and ACL. “Years ago this would have been a career ending accident, but thanks to the allograft implant I received through the gift of donation, I was back on the field in six months,” said Anne.

However, Anne re-tore her meniscus and ACL the next year, just as colleges were beginning to offer her soccer scholarships. Anne soon received another allograft implant secured with an allograft interference screw and once again began physical therapy to reclaim her life as a standout soccer player.

“I chose to have an allograft once again because I know of many soccer players who received autografts, and the procedure was very painful for them,” Anne recalls. “Receiving an allograft seemed to be the best option for quick recovery and least amount of pain especially.”

She accepted a scholarship from the University of Florida, and thanks to the gift of donation, Anne was back on the field playing the sport she loves and began training with her team just six months after the second surgery.

Today, Anne is a health sciences major with goals to become a nurse anesthesiologist or a physicians’ assistant.