“Results for the quarter were in line with our outlook,” said Brian K. Hutchison, president and chief executive officer. “Strong growth in our direct business offset expected declines in our commercial business. We have a robust pipeline of products to support future growth. In the first quarter we launched three new spine products and entered into an exclusive technology license agreement with Oxford Performance Materials to manufacture spinal implants for the U.S market.”

This communication contains forward-looking statements within the meaning of the Private Securities Litigation Reform Act of 1995, including those statements regarding our fiscal 2016 and second quarter outlook, the proxy contest and the potential costs related to such contest. These forward-looking statements are based on management’s current expectations, estimates and projections about our industry, our management's beliefs and certain assumptions made by our management. Words such as "anticipates," "expects," "intends," "plans," "believes," "seeks," "estimates," variations of such words and similar expressions are intended to identify such forward-looking statements. These statements are not guarantees of future performance and are subject to risks and uncertainties, including the risks described in public filings with the U.S. Securities and Exchange Commission (SEC). Our actual results may differ materially from the anticipated results reflected in these forward-looking statements. Copies of the company's SEC filings may be obtained by contacting the company or the SEC or by visiting RTI's website at www.rtix.com or the SEC's website at www.sec.gov. 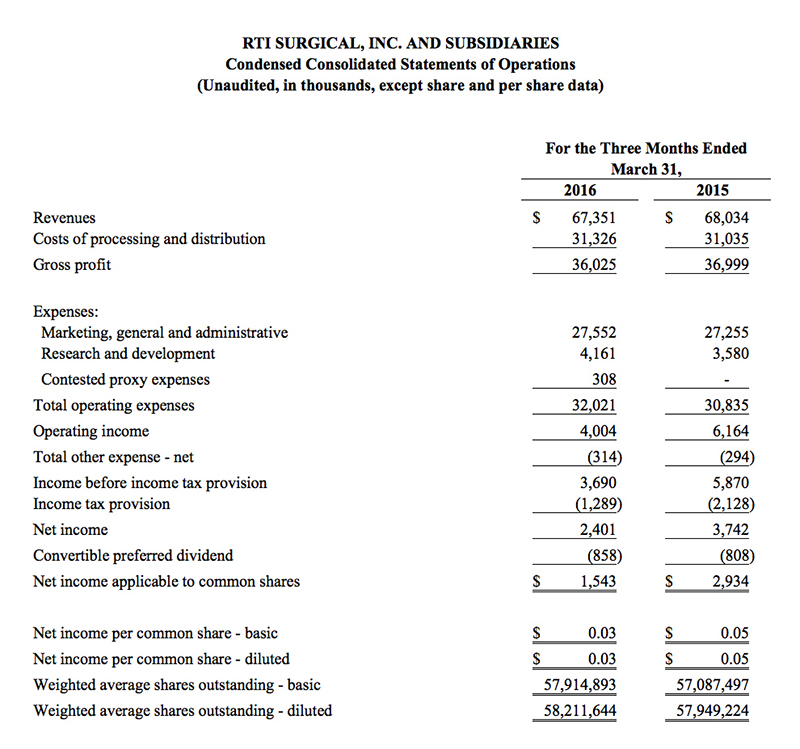 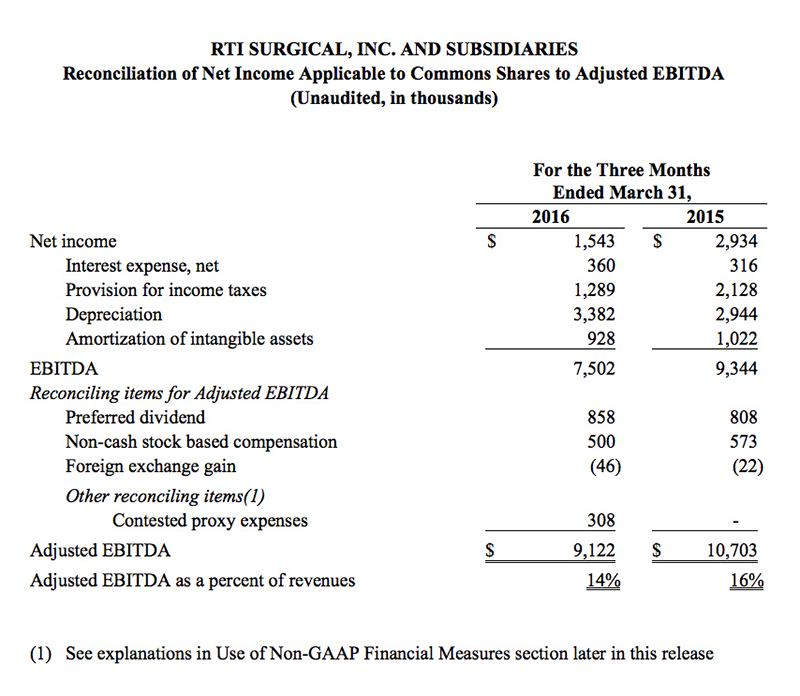 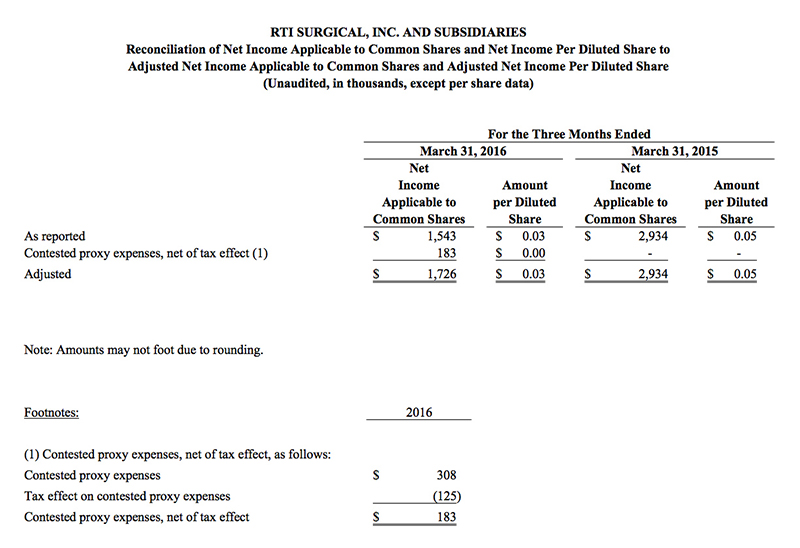 The following is an explanation of the adjustment that management excluded as part of adjusted measures for the three month period ended March 31, 2016 as well as the reason for excluding the individual item: 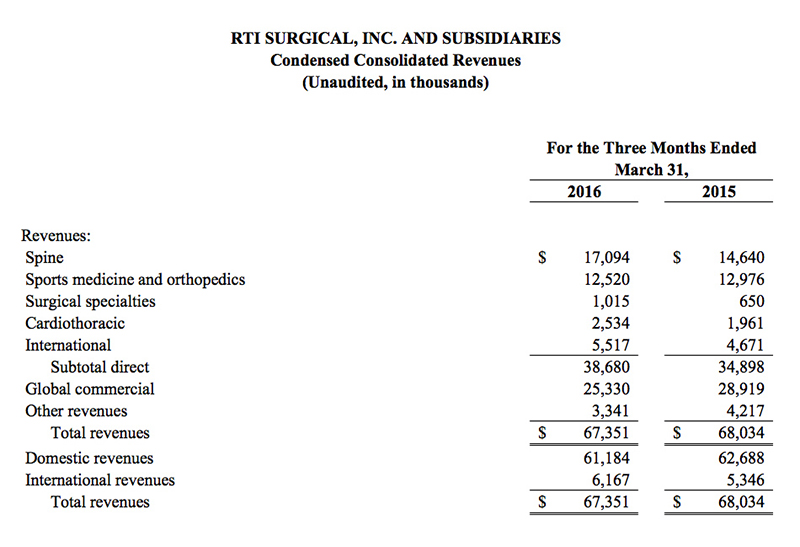 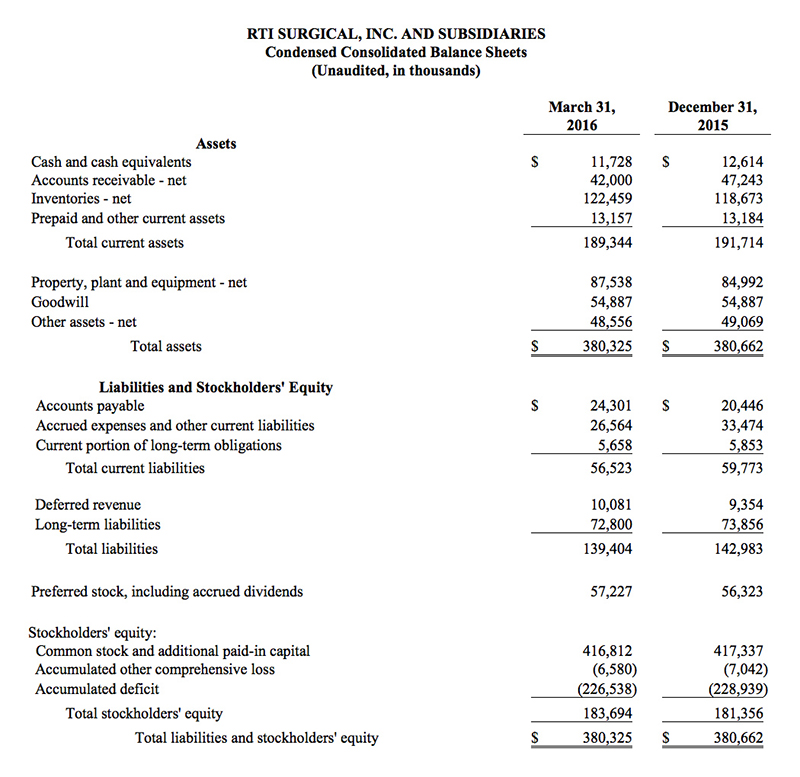 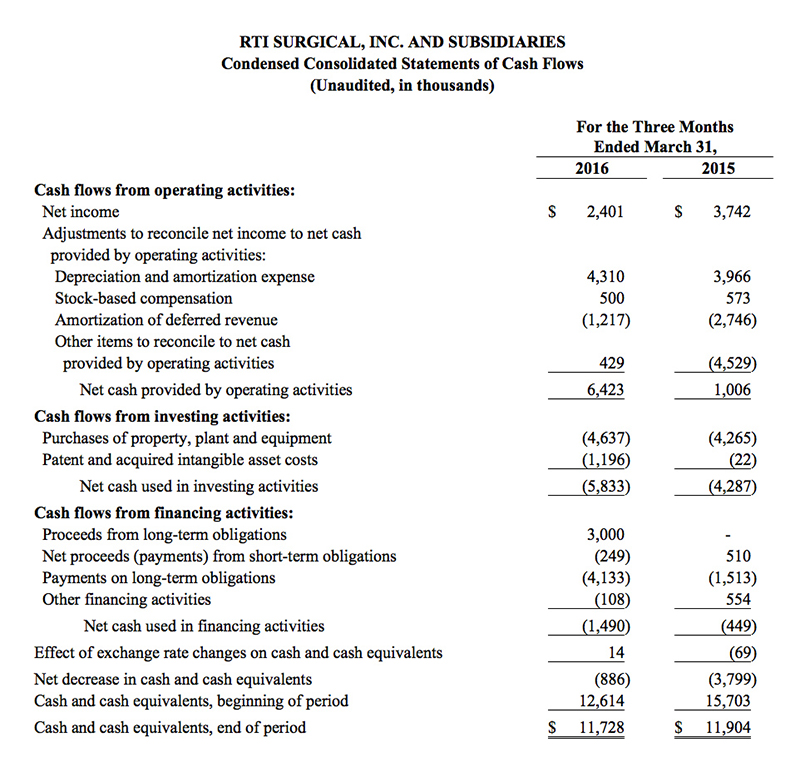