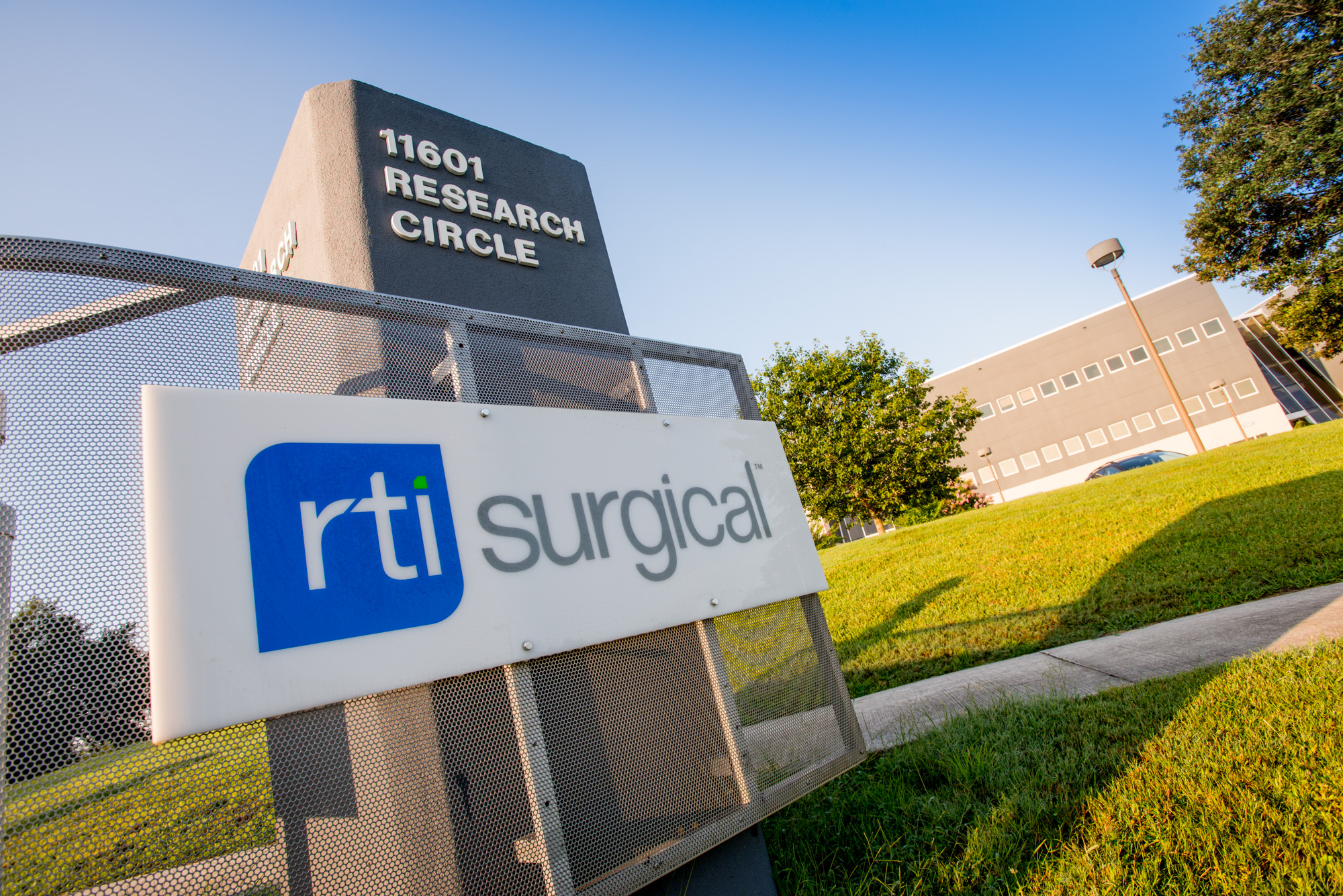 “Our results for the third quarter were mixed with revenues coming in below our guidance and earnings meeting our guidance,” said Brian K. Hutchison, president and chief executive officer. “While the third quarter is traditionally impacted by seasonal trends in surgery, the impact this year was greater than we anticipated. Our revenue shortfall was largely due to lower than expected growth in our direct distribution business as well as declines in certain segments of the commercial business, offset by increased traction in our international business. Due to slower than anticipated growth, we have made changes to some of our sales leadership and we expect that we will see improvement by the end of the year.”

For the fourth quarter of 2015, the company expects revenues to be between $68 million and $69 million and net income per fully diluted common share to be approximately $0.05, based on 59 million fully diluted shares outstanding.

“Despite a challenging third quarter, we are committed to our long term plan,” Hutchison said. “We will continue to focus on our base biologics business, our hardware business and our focused products. While the recent changes in sales leadership will take some time to gain traction, we believe we have put the pieces in place to achieve our goals.” 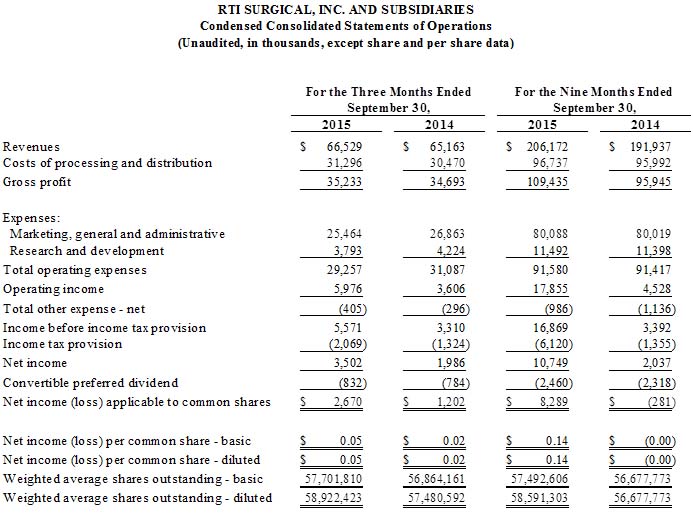 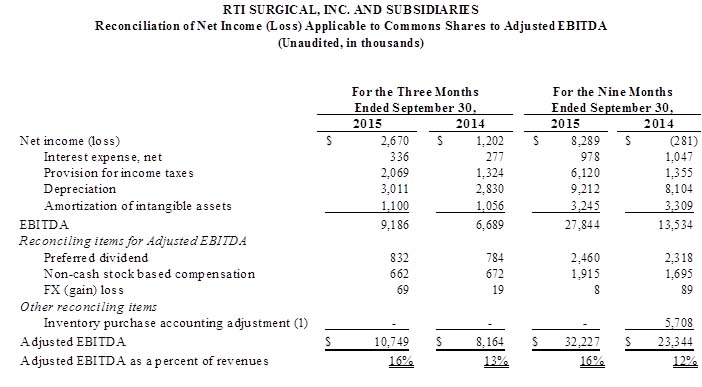 The following is an explanation of the adjustment that management excluded as part of adjusted measures for the nine month period ended September 30, 2014 as well as the reason for excluding the individual item:

(1) 2014 Inventory purchase accounting adjustment – This adjustment represents the purchase price effects on the sale of inventory acquired in the Pioneer Surgical Technologies, Inc. acquisition in 2013, which have been included in costs of processing and distribution. Management removes the amount of these nonrecurring costs from the Company’s operating results to assist in assessing its operating performance in the periods affected and to supplement a comparison to the Company’s past operating performance. 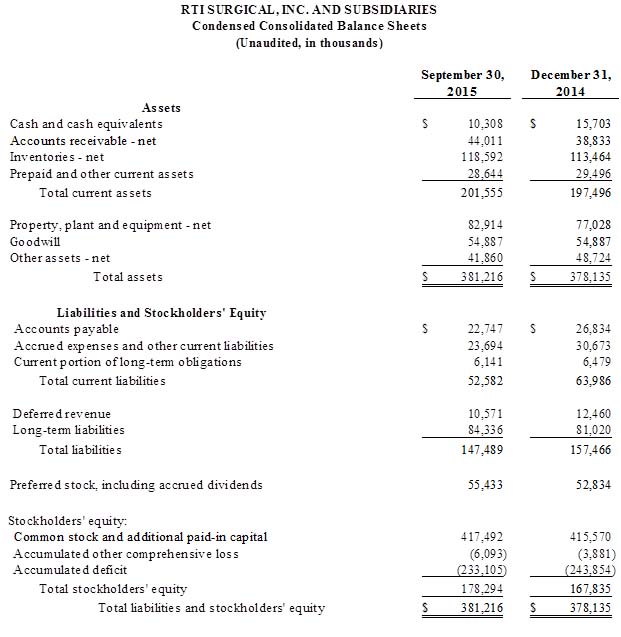 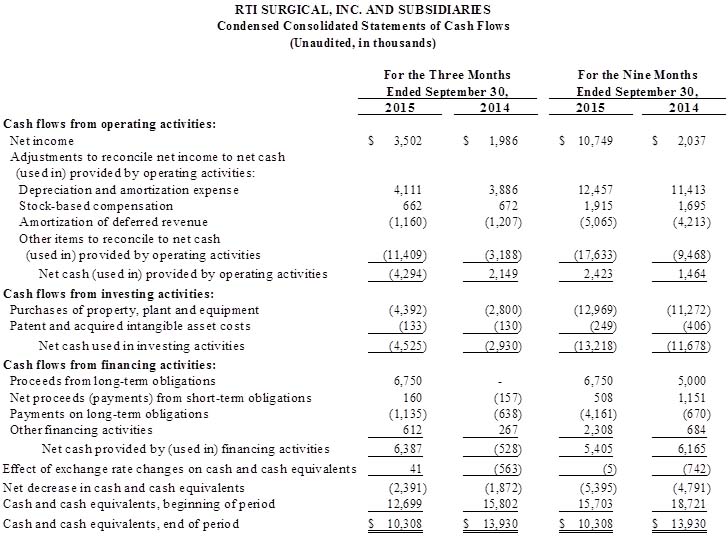