“We saw solid growth in the first quarter, exceeding our expectations and keeping us on track for the year,” said Brian K. Hutchison, president and chief executive officer. “Our growth was in line with the plan we laid out for our three major areas of focus, mentioned on our fourth quarter and year-end earnings call. Our base biologics business, which includes allograft and xenograft implants was comparable to prior year. Our hardware business, which includes metals and synthetic-based implants, grew 30 percent and our focused products, which includes nanOss® advanced bone graft substitute, Fortiva™ porcine dermis and map3® cellular allogeneic bone graft, grew more than 100 percent.”

Based on results from the first quarter, the company is raising full year guidance for 2015. The company now expects full year revenues for 2015 to be between $281 million and $286 million, as compared to prior guidance of between $279 million and $285 million. Full year net income per fully diluted common share is expected to be in the range of $0.19 to $0.23 based on 58.2 million fully diluted common shares outstanding, as compared to prior guidance of $0.17 to $0.22.

For the second quarter of 2015, the company expects revenues to be between $70 million and $71 million, and net income per fully diluted common share to be approximately $0.04, based on 58.2 million fully diluted shares outstanding.

“During the first quarter we saw strong growth in our direct distribution business,” said Hutchison. “Based on results from the first quarter, I am confident in our ability to meet our goals for the year. We will continue to target our key initiatives including driving growth in our focused products­­, capturing market share in spine hardware, growing international revenue and controlling spending to improve margins.” 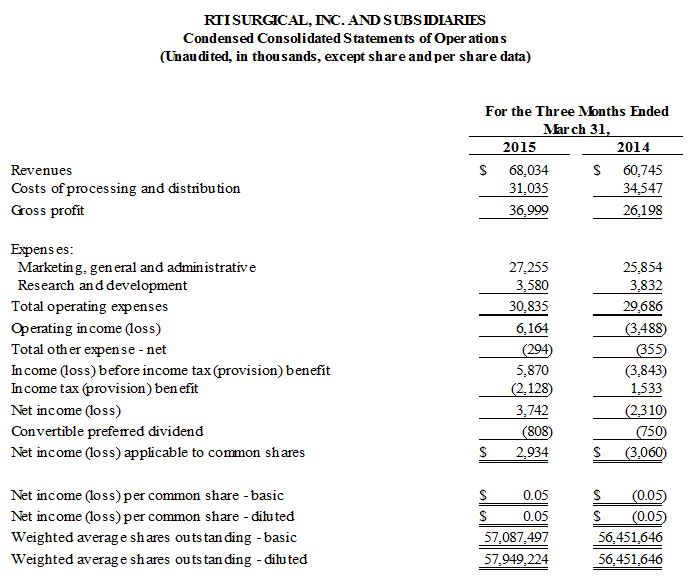 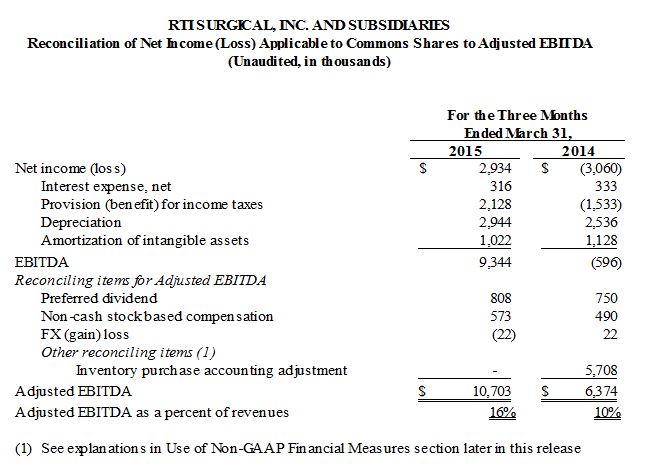 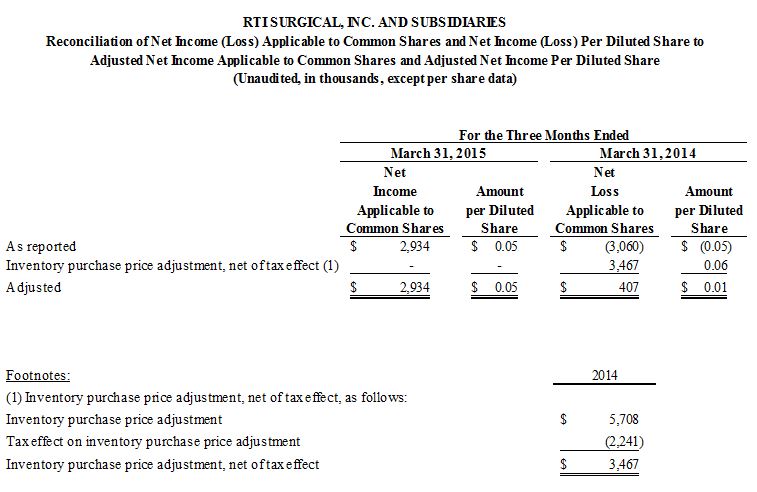 The following is an explanation of the adjustment that management excluded as part of adjusted measures for the three month period ended March 31, 2014 as well as the reason for excluding the individual item:

2014 Inventory purchase accounting adjustment – This adjustment represents the purchase price effects on the sale of acquired Pioneer inventory, which have been included in costs of processing and distribution. Management removes the amount of these nonrecurring costs from the Company’s operating results to assist in assessing its operating performance in the periods affected and to supplement a comparison to the Company’s past operating performance.

The Company believes that presenting adjusted net income applicable to common shares, adjusted net income per fully diluted share, and adjusted EBITDA in addition to the related GAAP measures provide investors greater transparency to the information used by management in its financial decision-making which excludes the inventory purchase accounting adjustment. The Company further believes that providing this information better enables RTI Surgical’s investors to understand the Company’s overall core performance and to evaluate the methodology used by management to assess and measure such performance. 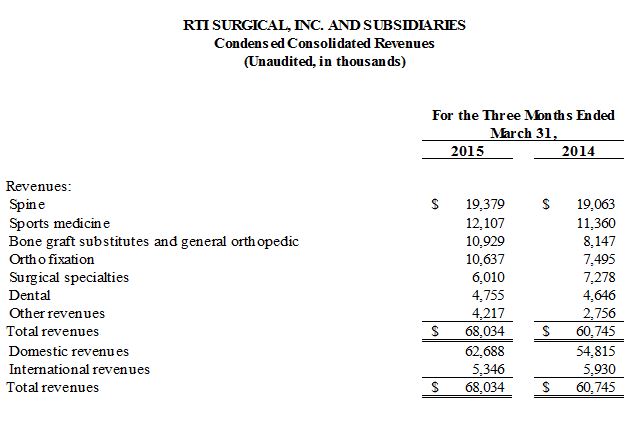 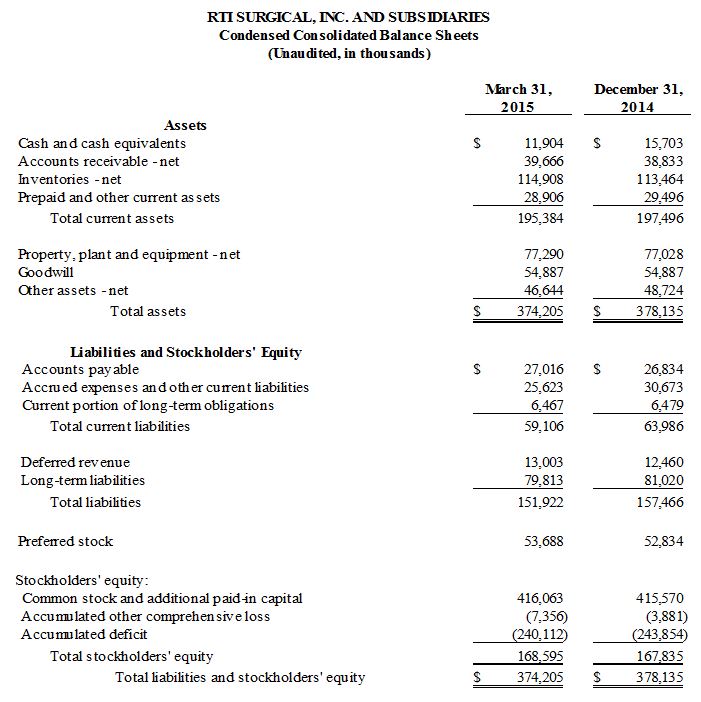 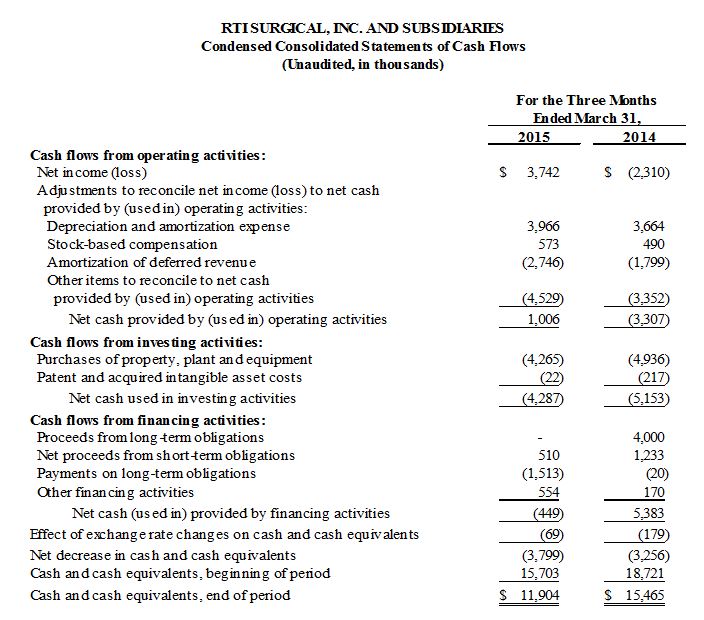